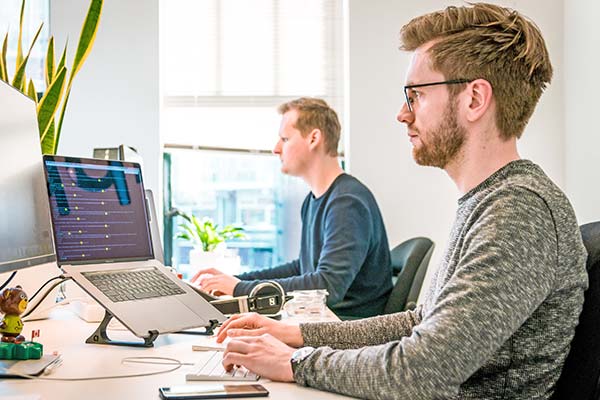 Our Corporations and Small Business Practice

Our corporate and small business practice includes, but is not limited to:

What is a Corporation?

A corporation is a entity that exists because of statutes known as the Vermont Business Corporation Act (VBCA). The most important feature of a corporation is that it exists entirely separate and apart from its owners. Virtually all the legal and tax advantages associated with corporations flow from this essential element.

How Does a Corporation Conduct Business?

What Are Some Advantages of Corporations?

For example, let’s suppose that I am the sole shareholder of Fix My TV, Inc., a corporation through which I conduct my TV repair business. While attempting to fix an expensive flat screen tv, I accidentally drop the tv and destroy it. The corporation alone is liable for the damages to the tv. I am not personally liable. This means that my customer can only look to my corporation’s assets and/or insurance to pay for the damages. All my personal assets, such as my house, my car, and my savings are protected from my customer’s claim.

The result might be different if I had intentionally damaged my customer’s tv or if my corporation had no equipment, bank account, receivables, insurance, or any other assets. Then, I might be personally liable. I might also be personally liable if I do not comply with the requirements of VBCA such as conducting annual shareholder’s and director’s meetings and if I do not keep my corporation’s property, such as its bank account, separate from my own.

What Are the Disadvantages of Corporations?

Most businesses lose money at some time or other. This often occurs during their start-up phase, when cash is tightest. If you are conducting your business through a corporation, you will be unable to deduct business losses until the corporation makes a profit, even if you have personal income from other sources. This delay can be particularly painful for new business owners with limited resources.

What Are S Corporations?

What is a Partnership?

By definition, a partnership is a business with more than one owner that has not filed papers with the state to become a corporation or LLC (limited liability company). There are two basic types of partnerships: general partnerships and limited partnerships.

As a Partner Will I be Liable for Partnership Debts or Bound by my Partner’s Actions?

In a general partnership partners are personally liable for all business debts and obligations, including court judgments. Each individual partner can be sued for and required to pay the full amount of any business debt. This means that if the business itself can’t pay a creditor, such as a supplier, lender, or landlord, the creditor can legally come after any partner’s house, car, or other possessions. If this happens, an individual partner’s only recourse may be to sue the other partners for their shares of the debt. This rule does not apply to limited partners in a limited partnership.

In addition, any individual partner can usually bind the whole business to a contract or other business deal. For instance, if your partner signs a year-long contract with a supplier to buy inventory at a price your business can’t afford, you can be held personally responsible for the money owed under the contract. Generally, unless an outsider has reason to know of any limits the partners have placed on each other’s authority in their partnership agreement, any partner can bind the others to a deal.

Do My Partner and I Really Need a Partnership Agreement?

If you and your partners don’t spell out your rights and responsibilities in a written partnership agreement, you’ll be ill-equipped to settle conflicts when they arise, and minor misunderstandings may erupt into full-blown disputes. In addition, without a written agreement saying otherwise, Vermont’s partnership laws will control many aspects of your business.

A partnership agreement allows you to structure your relationship with your partners in a way that suits your business. You and your partners can establish the shares of profits (or losses) each partner will take, the responsibilities of each partner, what will happen to the business if a partner leaves, and other important guidelines.

What type of items should be in our partnership agreement?

Some items that you and your partners should consider before writing a partnership agreement are:

What is a Limited Partnership?

What is a Limited Liability Company?

What is a Family Limited Partnership?

We use cookies to ensure that we give you the best experience on our website. If you continue to use this site we will assume that you are happy with it.Accept